The Supreme Court’s five conservatives on Monday voted to strike down an order from a Wisconsin federal judge allowing the state to receive and count absentee ballots up to six days after Election Day, so long as they were postmarked by Election Day. The decision is a troubling indication of how the nation’s highest court 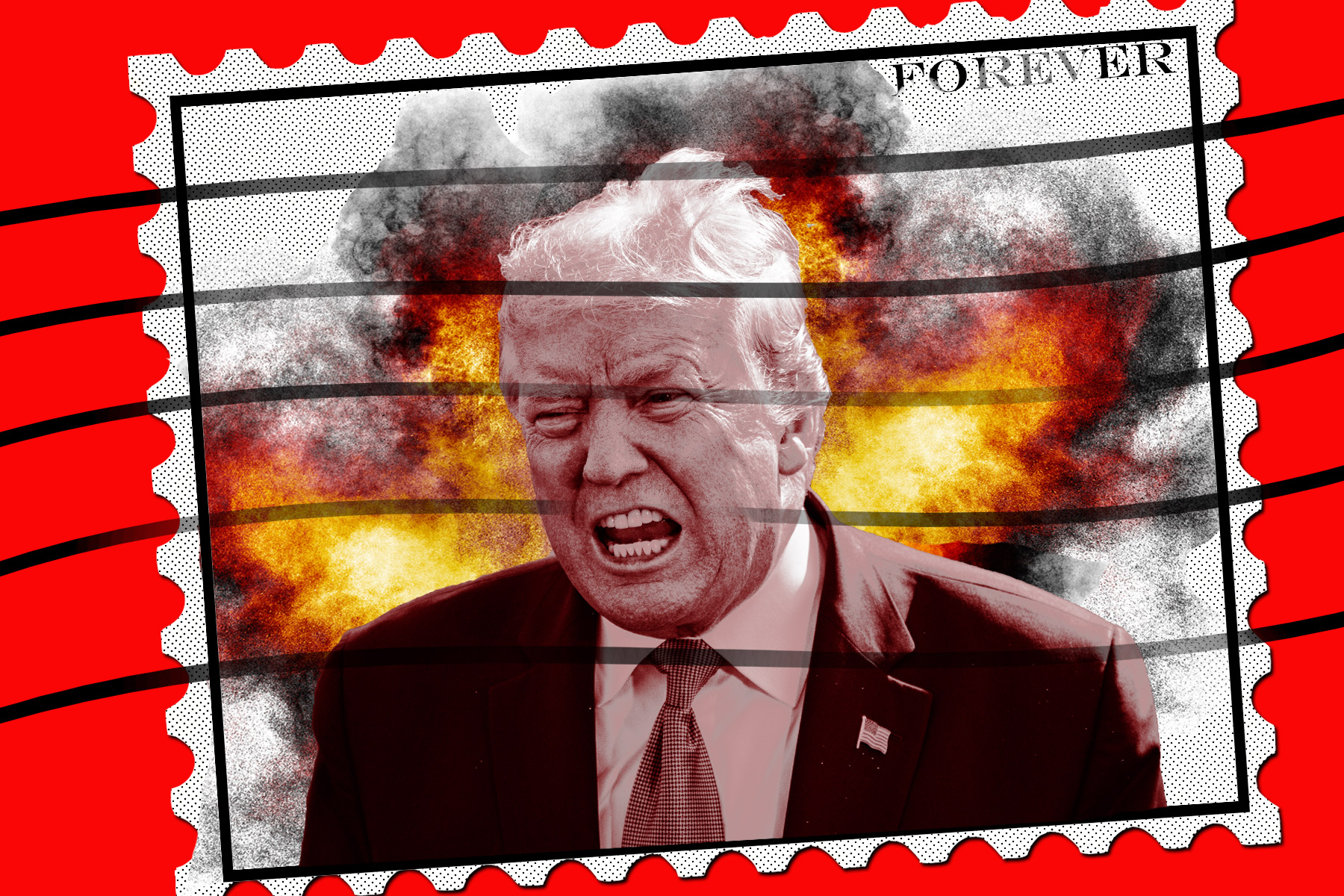 The Supreme Court’s five conservatives on Monday voted to strike down an order from a Wisconsin federal judge allowing the state to receive and count absentee ballots up to six days after Election Day, so long as they were postmarked by Election Day. The decision is a troubling indication of how the nation’s highest court could be the most powerful tool at the Trump administration’s disposal as it looks to disenfranchise voters and lock up — nay, steal — another term in office for President Trump.

If you’re still finding it a little hard to believe that the nation’s most venerable court is in the bag for the president, look no further than the concurring opinion submitted by Brett Kavanaugh, the beer-loving conservative Trump and Senate Republicans jammed onto the court under controversial circumstances in 2018. In ruling to block the federal order, Kavanaugh parroted the president’s talking points about the ills of absentee voting, while indicating that he is fully prepared to rule that any votes not counted on or before Election Day are illegitimate, so long as Trump’s re-election necessitate such a ruling.

Kavanaugh’s argument doesn’t boil down to much more than that it might look bad if everything wasn’t wrapped up on November 3rd. “States want to avoid the chaos and suspicions of impropriety that can ensue if thousands of absentee ballots flow in after election day and potentially flip the results of an election,” he writes.

This portion of Kavanaugh’s concurrence in the Wisconsin case is objectively just ridiculous. First screenshot is dishonest about why ballots might arrive late and whose fault it is; second one is basically just a long version of Trump’s tweets delegitimizing mail-in voting. pic.twitter.com/8xAhrqURTb

As many have pointed out, Kavanaugh’s argument here is pretty thin. One of the quotes he cites warning about the danger of late-arriving ballots is actually from an article arguing that states should allow themselves to receive absentee ballots days after Election Day.

Kavanaugh ruled AGAINST the six-day extension for Wisconsin to accept ballots postmarked by Election Day. He cited an article from legal scholar (and CNN contributor) Rick Pildes. But in that article, Pildes says states SHOULD extend postmark deadlines. https://t.co/Uupirxyrgm pic.twitter.com/nEyj92Gh6p

Kavanaugh believes that the pandemic is not a valid reason for states to alter their election rules, despite the unprecedented impact it has had on the voting process. He cites Vermont as an example of a state that “decided not to make changes to their ordinary election rules.”

In his WI concurrenceJustice Kavanaugh cites Vermont as an example of a state that did not change its election rules during the pandemic. But that’s not true? Vermont legislature authorized SoS to automatically mail a ballot to all registered voters https://t.co/opDdEz78Mg pic.twitter.com/3FrwEp30Cy

In her dissenting opinion, Justice Elena Kagan dismantled Kavanaugh’s concurring argument. “Justice Kavanaugh alleges that ‘suspicions of impropriety’ will result if ‘absentee ballots flow in after election day and potentially flip the results of an election,’” she writes. “But there are not results to ‘flip’ until all valid votes are counted. And nothing could be more ‘suspicio[us]’ or ‘improp[er]’ than refusing to tally votes once the clock strikes 12 on election night. To suggest otherwise, especially in these fractious times, is to disserve the electoral process.”

But disserving the electoral process is exactly what is expected of Kavanaugh, as the Trump administration gropes at every lever within reach to ensure as few people are able to vote as possible. Trump knows that the higher the turnout is, the worse his chances are. He said as much in March as Democrats moved to include measures to strengthen voting rights into the initial coronavirus relief package. “The things they had in there were crazy,” Trump told Fox & Friends. “They had things, levels of voting that if you’d ever agreed to it, you’d never have a Republican elected in this country again.”

The “levels of voting” here are nothing more than basic measures to ensure people are able to vote despite the pandemic. To ensure they don’t, the Trump administration has sowed a torrent of disinformation about nonexistent widespread voter fraud, encouraged physical intimidation at polling places, and gummed up the works of the United States Postal Service. This last point is one of the reasons many have argued that the dozens of states who previously required absentee ballots to be received by Election Day should amend those rules to allow for a little leeway so that everyone’s vote can be counted. Who decides whether states are able to do this? In many cases it’s been the Supreme Court. Trump’s ability to pack it with lackeys like Kavanaugh has been crucial.

Though the president has appointed a record number of conservatives onto federal courts, he’s still from time to time run into rulings like the one made U.S. District Judge William Conley in Wisconsin, who argued quite reasonably that “the sheer volume expected this November, there remains little doubt that tens of thousands of seemingly prudent, if unwary, would-be voters will not request an absentee ballot far enough in advance to allow them to receive it, vote, and return it for receipt by mail before the election day deadline despite acting well in advance of the deadline for requiring a ballot.”

Sound as Conley’s opinion may have been, it didn’t matter. Kavanaugh and the other conservatives on the Supreme Court were there to bail him out on Monday, just as they’re standing ready to bail Trump out should they be asked to make similar rulings in other states, or to rule on any sort of election-night chaos that could stem from a close result and an untold number of absentee ballots yet to be counted.

It’s only going to get worse: While Kavanaugh and company were making their ruling Monday, the Senate was adding a sixth member to their bloc, Amy Coney Barrett. Later that evening, she appeared at the White House with Donald Trump for what amounted to a de facto campaign event, stated purpose be damned. With Coney Barrett on the bench, a defection from liberal-curious Chief Justice John Roberts no longer holds much weight, as it did last week when the court ruled that Pennsylvania will be allowed to receive ballots up to three days after Election Day, striking down a GOP motion with a 4-4 vote.

The 1-2 punch of Coney Barrett’s confirmation and Kavanaugh’s ruling has given the anti-democratic forces within the GOP a huge boost in the run-up to Election Day. Pennsylvania Republicans are already asking for last week’s decision to be reconsidered, and North Carolina Republicans are using Monday night’s ruling as justification for the court to uphold similar voting restrictions in the state.

Despite the untold number of legally cast votes the Supreme Court may nullify between now and the election, it’s still going to be hard for Trump to overcome what is now a more than seven-point national polling deficit, according to an average compiled by Real Clear Politics. But if Kavanaugh’s opinion Monday night is any indication, there’s no telling the depths that Trump’s Supreme Court may be willing to stoop to ensure he wins anyway.