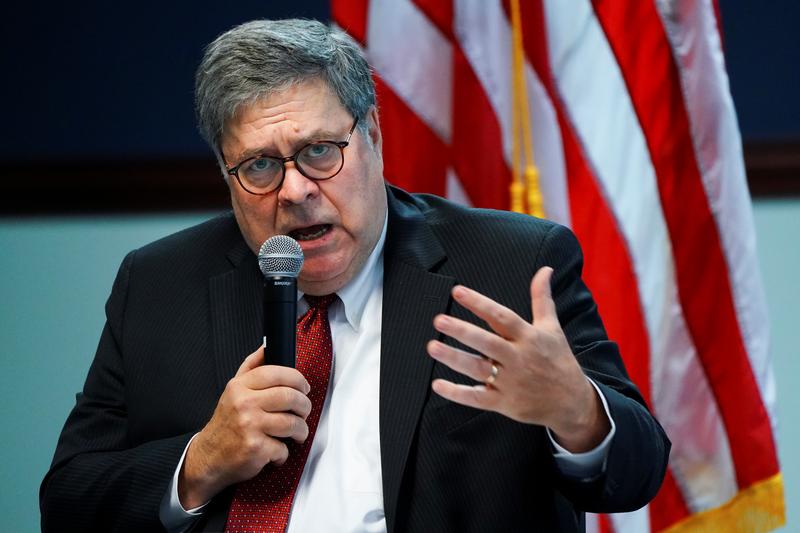 The University of Pennsylvania’s Center for Ethics and the Rule of Law and Washington-based Citizens for Responsibility and Ethics in Washington said Barr could not be trusted to represent the work of his department accurately and that there were problems with the truthfulness of Barr’s public statements.

Justice Department officials did not immediately respond to requests for comment.

The groups in a 267-page research paper alleged that Barr’s “authoritarian worldview limits the degree to which … (he) regards himself as bound by the rule of law and makes him see himself as entitled to ignore the laws, ethics and historical practices” at the Justice Department.

The paper highlighted several Barr actions, including what it described as his intentional mischaracterization of former Special Counsel Robert Mueller’s probe into Russian interference in the 2016 election as well as Barr’s move to assign U.S. Attorney John Durham to conduct his own investigation of the Mueller probe.

While Trump has long bristled at the suggestion that foreign interference helped his 2016 upset victory, multiple reviews by U.S. intelligence agencies concluded that Russia acted to undercut his rival Hillary Clinton’s chances in that election.

The authors of Monday’s report called on the Democratic-led House of Representatives to begin a formal impeachment inquiry, the first step toward removing him from office.

The Republican-controlled Senate earlier this year acquitted Trump after a House impeachment proceeding accused him of misusing his office.

House officials did not immediately respond to a request for comment. A little more than three weeks remain until the Nov. 3 elections. Trump is seeking a second term.