The people who should most want to see a new relief deal made are President Trump and his advisers, for their future employment is at stake. This election — were it to be conducted fairly — is about this pandemic and the more than 200,000 deaths it has caused according to the latest reports, as 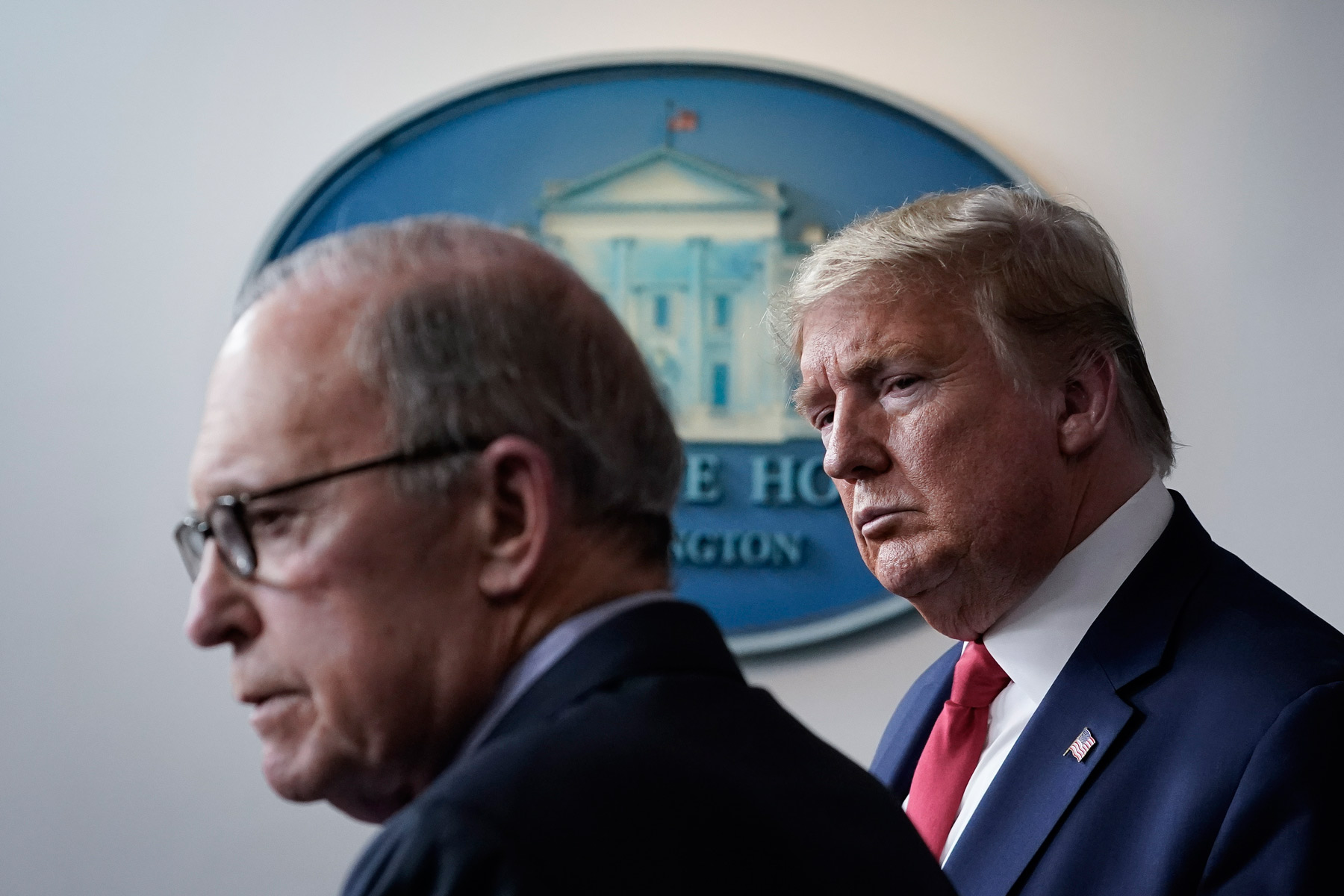 The people who should most want to see a new relief deal made are President Trump and his advisers, for their future employment is at stake. This election — were it to be conducted fairly — is about this pandemic and the more than 200,000 deaths it has caused according to the latest reports, as well as the resulting economic collapse. Americans need financial rescue, and Republicans are holding it up. Why? A record 76 percent of Americans are now eligible to vote by mail. Democrats insist on a CARES Act deal that not merely extends unemployment and eviction protections that expired at the end of last month, but also properly funds the ability to vote safely in the midst of an uncontained Covid-19 pandemic.

But as White House economic adviser Larry Kudlow blithely told CNBC today, voting rights are just not the Trump administration’s jam. “So much of the Democratic asks are really liberal, left wish lists … voting rights and aid to aliens and so forth, that’s not our game and the president can’t accept that kind of deal,” Kudlow said, insisting that the negotiations remain at a stalemate.

We should be plain about it: If Kudlow and this administration believe that voting rights are an issue that is even negotiable, let alone something that is “not our game,” then we should all openly recognize the truth. If you bar funding for ballot access, you’re a vote suppressor. And that is what this president and his White House are.

Kudlow was echoing his boss. Trump told Fox Business earlier in the day that he would never allow the proposed $25 billion in emergency funding for the U.S. Postal Service simply because “they need that money in order to have post office work, so it can take all of these millions and millions of ballots” and that “if they” — meaning the Democrats requesting the funding — “don’t get those items, that means you can’t have universal mail-in voting because they’re not equipped to have it.” In addition to reports of slowdowns in mail processing brought on by changes made by new Postmaster General Louis DeJoy, the Postal Service has also removed at least 19 mail-sorting machines — the ones tasked with sorting ballots — from five processing facilities.

Perhaps, for the sake of history and posterity, it’s worth subjecting this administration and its president to a series of questions about why they are clearly opposed to seeing as many Americans vote as possible. Historians and journalists of the future would surely benefit. But that wastes time that we simply do not have. Our immediate concern, just more than 80 days before this election, is that the president of the United States is exploiting both his own powers and a lethal pandemic to suppress democracy and keep his power. We know what we would call this in any other country.