When Indiana law enforcement seized Tyson Timbs’ Land Rover seven years ago, he had no idea his car would become a vehicle that would jump-start part of the Bill of Rights. Now seven years later, after winning at both the U.S. Supreme Court and Indiana Supreme Court, Tyson finally recovered his car on Tuesday. “For

When Indiana law enforcement seized Tyson Timbs’ Land Rover seven years ago, he had no idea his car would become a vehicle that would jump-start part of the Bill of Rights. Now seven years later, after winning at both the U.S. Supreme Court and Indiana Supreme Court, Tyson finally recovered his car on Tuesday.

“For years, this case has been important not just for me, but for thousands of people who are caught up in forfeiture lawsuits,” Tyson said. “I didn’t believe that the vehicle would be mine again until I got home and saw it in my driveway.” 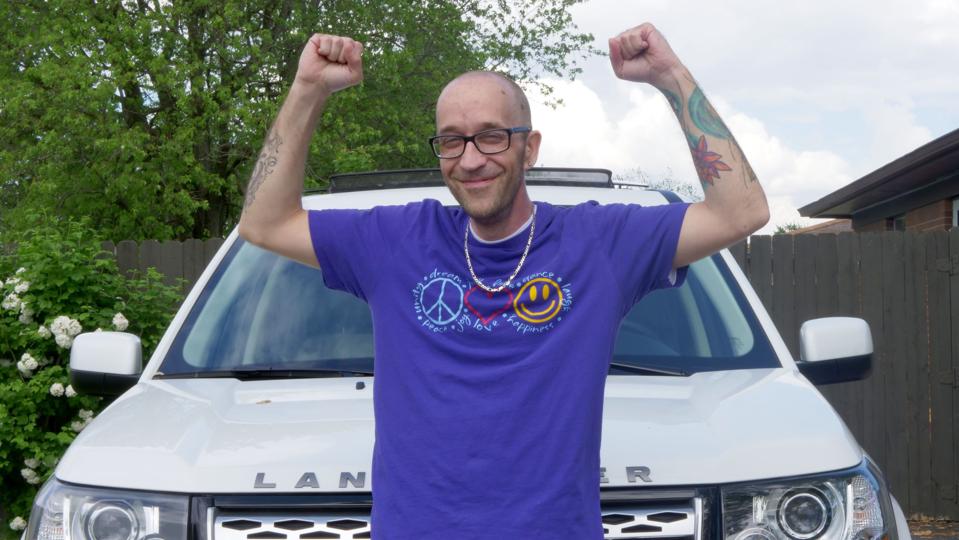 Tyson Timbs celebrates after regaining his Land Rover. Seven years earlier, Indiana police used … [+] civil forfeiture to seize his car, a case that was ultimately decided in his favor by the U.S. Supreme Court.

Tyson’s legal quest dates back to when his father passed away, leaving Tyson with more than $73,000 in life insurance proceeds. With this money, Tyson decided to buy a 2013 Land Rover LR2 for almost $41,000. But at the time, Tyson was suffering from an opioid addiction and quickly spent most of the remaining funds feeding his habit.

Now desperate for cash, Tyson tried his hand at dealing. He sold just four grams of heroin, worth $400 (all to undercover officers), before he was arrested in May 2013. Tyson pled guilty to one felony charge of dealing, and was sentenced to one year of home detention and five years on probation. He was also ordered to pay $1,200 in court costs and fees.

During this time, Tyson entered rehab and ultimately overcame his addiction. But the State of Indiana didn’t make his recovery any easier. Law enforcement had seized the Land Rover and were trying to permanently confiscate the vehicle with civil forfeiture. Without his car, Tyson struggled to earn a living and stay clean.

“To me, the state’s refusal to give back my car has never made sense; if they’re trying to rehabilitate me and help me help myself, why do you want to make things harder by taking away the vehicle I need to meet with my parole officer or go to a drug recovery program or go to work?” Tyson asked. “Forfeiture only makes it more challenging for people in my position to clean up and be contributing members of society.”

Determined to keep his car, Tyson fought back in court, arguing that the forfeiture would violate the Eighth Amendment’s ban on excessive fines. Although he won the initial legal skirmishes, in 2017, the Indiana Supreme Court ruled against him, on the grounds that the protections provided by the Excessive Fines Clause didn’t extend to the states.

Represented by the Institute for Justice, Tyson urged the U.S. Supreme Court to hear his case. Siding with Tyson, the U.S. Supreme Court unanimously declared in a landmark decision that the Excessive Fines Clause of the Eighth Amendment applies to forfeitures brought by cities and states, not just the federal government.

“For good reason, the protection against excessive fines has been a constant shield throughout Anglo-American history: Exorbitant tolls undermine other constitutional liberties,” Justice Ruth Bader Ginsburg wrote for the majority in 2019. 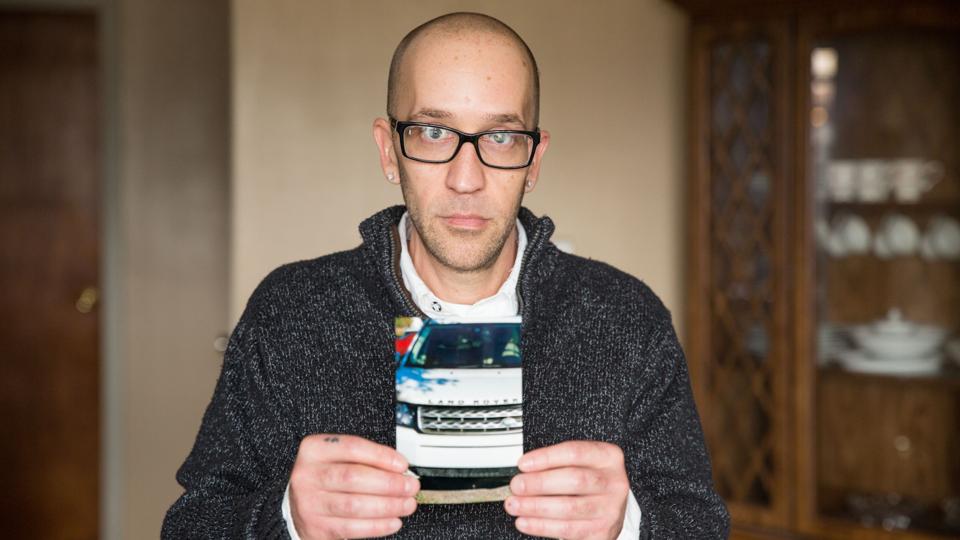 Tyson Timbs holds a photo of his seized Land Rover.

With its ruling in Timbs v. Indiana, the High Court resuscitated a constitutional protection that will better shield Americans from abusive fines and forfeitures. However, the Timbs ruling didn’t address how courts should determine when fines become unconstitutionally “excessive.” Nor did the Supreme Court decide whether Indiana forfeiting the Land Rover violated Tyson’s Eighth Amendment rights. Those questions were left for the lower courts to address.

Following that decision, in November, the Indiana Supreme Court ruled that in order for forfeitures “to stay within the bounds of the Excessive Fines Clause,” the property must be the “actual means” used to commit the crime. In addition, “the harshness of the forfeiture penalty must not be grossly disproportional to the gravity of the offense and the claimant’s culpability for the property’s misuse.” But the Indiana Supreme Court punted on actually applying their new test to Tyson’s case.

That task was remanded to Grant County Circuit Court Judge Jeffrey Todd. In late April, the judge found that the vehicle seizure was “excessively punitive and unduly harsh,” since it “deprived him of his only asset” and “constituted a life-altering sanction that made it difficult for him to maintain employment and seek treatment for his addiction.” Notably, the maximum fine for Tyson’s crime was $10,000—a fraction of the Land Rover’s market value.

Though Tyson was “culpable” in using the Land Rover “to commit the crime of dealing,” such a crime, Judge Todd concluded, “was of minimal severity.” After taking all those factors into account, Judge Todd ruled that Tyson had made his case “by a significant margin” and ordered the car be returned “immediately.”

Incredibly, Tyson’s case is still not over. Shortly after the circuit court issued its ruling, Indiana Attorney General Curtis Hill blasted that decision as “misguided,” and announced that the state would appeal, in order “to defend the constitutionality of Indiana’s civil forfeiture laws.” But while the case continues, the state did agree to return the Land Rover to Tyson, so long as he keeps the car insured and doesn’t sell it. Should the Indiana Supreme Court take the case, it would be the third time the court considers the fate of Tyson’s Land Rover.

“The State of Indiana has now spent nearly seven years trying to confiscate a vehicle from a low-income recovering addict—and the Indiana Attorney General is still at it,” noted Institute for Justice Attorney Sam Gedge. “No one should have to spend seven years fighting the government just to get back their car.”