Officer down.  It’s one of the scariest calls a sheriff can receive. But when Polk County Sheriff Johnny Moats got that call on June 12, it didn’t turn into the nightmare scenario he might have expected. On the contrary, that hair-raising call was the start of something heartwarming. Its unexpected source? A group of selfless

It’s one of the scariest calls a sheriff can receive. But when Polk County Sheriff Johnny Moats got that call on June 12, it didn’t turn into the nightmare scenario he might have expected. On the contrary, that hair-raising call was the start of something heartwarming.

Its unexpected source? A group of selfless inmates.

On that Monday, an especially humid day in Georgia, six inmates were out doing maintenance work on the grounds of a local cemetery when the deputy sheriff assigned to guard them suddenly collapsed from the heat.

As the officer lost consciousness, the six inmates surely could have run. They could have taken the fallen officer’s pistol to aid in their escape. They could have even driven away in the work van, perhaps crossing state lines before anyone noticed. Instead, however, the six men jumped into action and saved the deputy sheriff’s life. 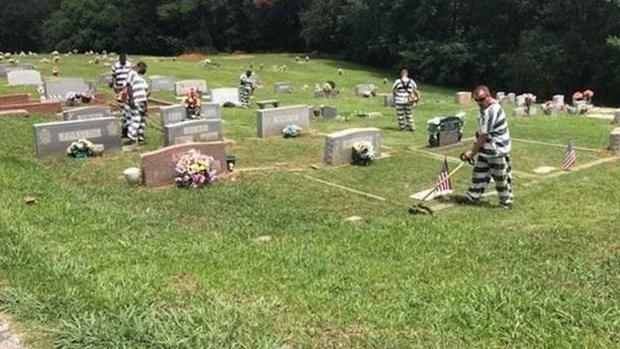 Thinking quickly, one of the inmates used the deputy’s cellphone to dial 911. Others removed his bulletproof vest in an attempt to cool the officer off and render it easier for emergency personnel to perform CPR once they arrived.

“When that happened, in my opinion, it wasn’t about who is in jail and who wasn’t,” Greg Williams, one of the inmates, told WXIA in Atlanta. “It was about a man going down, and we had to help him.”

Help him, they did. The deputy, who reportedly lost consciousness due to complications from a brain surgery he had 10 years ago, has fully recovered. And now, as a way of saying thanks, the Polk County Sheriff’s Office is helping them right back. 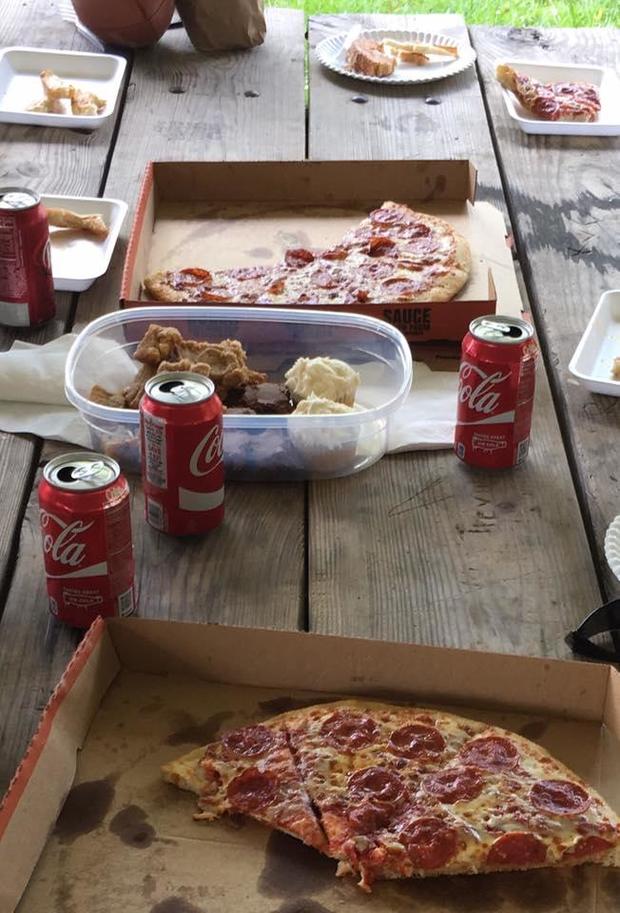 The pizza and desserts the inmates enjoyed as a reward for their good deed. Polk County Sheriff’s Office

Sheriff Moats is recommending that the six inmates, who are all nonviolent offenders, receive reduced sentences for their good deed. Some may even be released with time served.

In the meantime, the department threw the six men a pizza party in the park, complete with homemade desserts from the family of the officer they saved.

It’s a sweet ending, made all the sweeter because everyone involved knows what could have happened had the inmates reacted differently.

“As we watched the horrific manhunt this week of the two inmates that killed two Correctional Officers and were captured last night,” the Polk County Sheriff’s Office wrote in a post on Facebook after the lunch, referring to the violent escape of Georgia inmates Donnie Rowe and Ricky Dubose, “we all know that Monday could have ended differently for our Officer. We are very proud of the actions of all 6 inmates involved.”