FBI finds 2,000 human bones at Indiana home: ‘Unlike anything we’d ever seen’

The FBI has discovered about 2,000 human bones at the home of an extreme artifacts collector in rural Indiana. The bones were found to be a part of a collection of over 40,000 artifacts in the home of Don Miller, a second world war veteran and former electrical engineer, CBS reported on Tuesday. The FBI 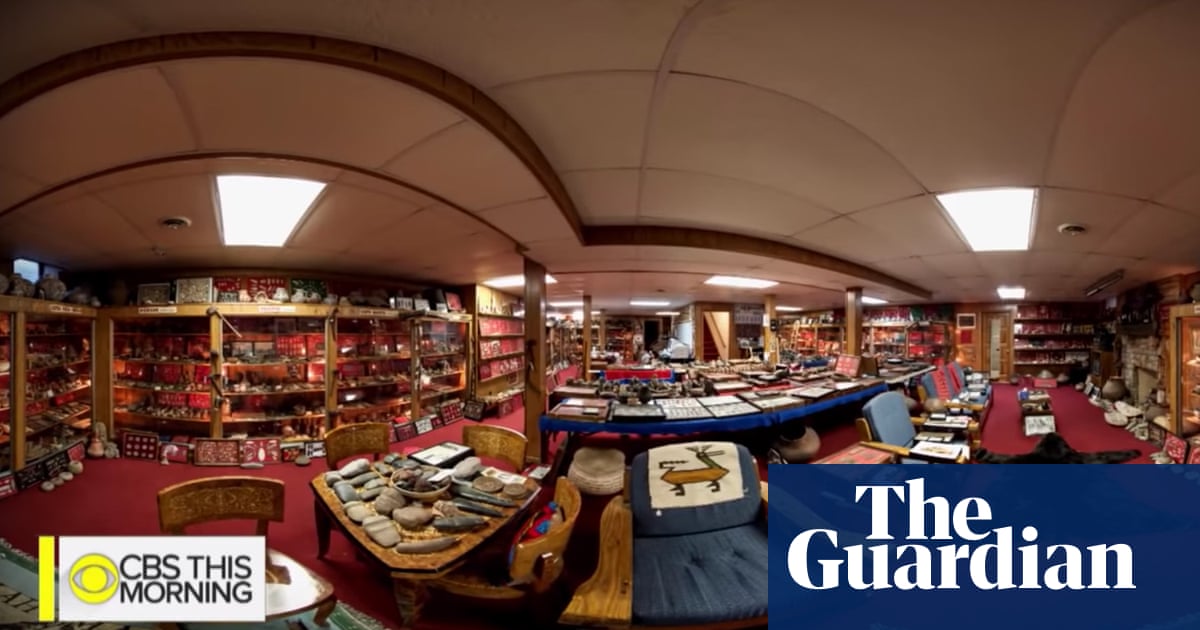 The FBI has discovered about 2,000 human bones at the home of an extreme artifacts collector in rural Indiana.

The bones were found to be a part of a collection of over 40,000 artifacts in the home of Don Miller, a second world war veteran and former electrical engineer, CBS reported on Tuesday.

The FBI started investigating Miller’s home in 2014 after the agency determined he may have illegally obtained items in his collection, potentially violating local and federal laws. Miller, who died in 2015 at the age of 91, was never charged with a crime for his artifacts.

“When I first went into his house and saw the size of the collection, it was unlike anything we’d ever seen,” Tim Carpenter, head of the FBI’s art crime unit, told CBS.

In recollections of his life told to the Indianapolis Star, friends and co-workers detailed Miller’s stories of traveling the world, doing missionary work and going on amateur archaeology expeditions. Miller told CBS in 2014 that he had traveled to 200 countries to collect artifacts.

Miller displayed his finds at his house, inviting people to tour his collection as if they were visiting a museum. In a tour given to the Indianapolis Star in 1998, the paper reported Miller having bullets from civil war battlegrounds, a canoe from the Amazon river and two eggs “believe to have been laid by dinosaurs in China”, according to the paper

Though prohibited by various state and federal laws, stealing items, including human remains, from Native American burial sites is not completely uncommon in the United States. Three men in Ohio were sentenced in 2016 for illegally selling Native American human remains, while a fourth was charged for purchasing the remains.

“Unfortunately, there is somewhat of a market, not necessarily for the human remains themselves, but oftentimes what’s buried with them,” Francis McManamon, founding director of the Center for Digital Antiquity at Arizona State University and former chief archaeologist for the National Park Service, told the Guardian. “Pottery, jewelry, other kinds of art objects that people will pay a lot of money for.”

It is unclear whether the FBI has determined that Miller violated the act. The sheer size of his collection may make it impossible to determine exactly what crimes were committed, according to the Indianapolis Star.

The FBI told the Guardian in a statement that “efforts to identify and return the artifacts is ongoing”.

Pete Coffey, an Arikara tribal official in North Dakota, is working with the FBI to bring remains found in Miller’s home back to the tribe.

“All too often here we have been treated as curiosities rather than a people,” Coffey told CBS, noting the remains could very well belong to a relative.