The Russian media is obsessed with the American civil war. No, not the one that erupted in 1861 over the secession of the South — the civil war that’s coming with the next US presidential election. More than 30 articles were published in the past few days on some of the country’s most popular news 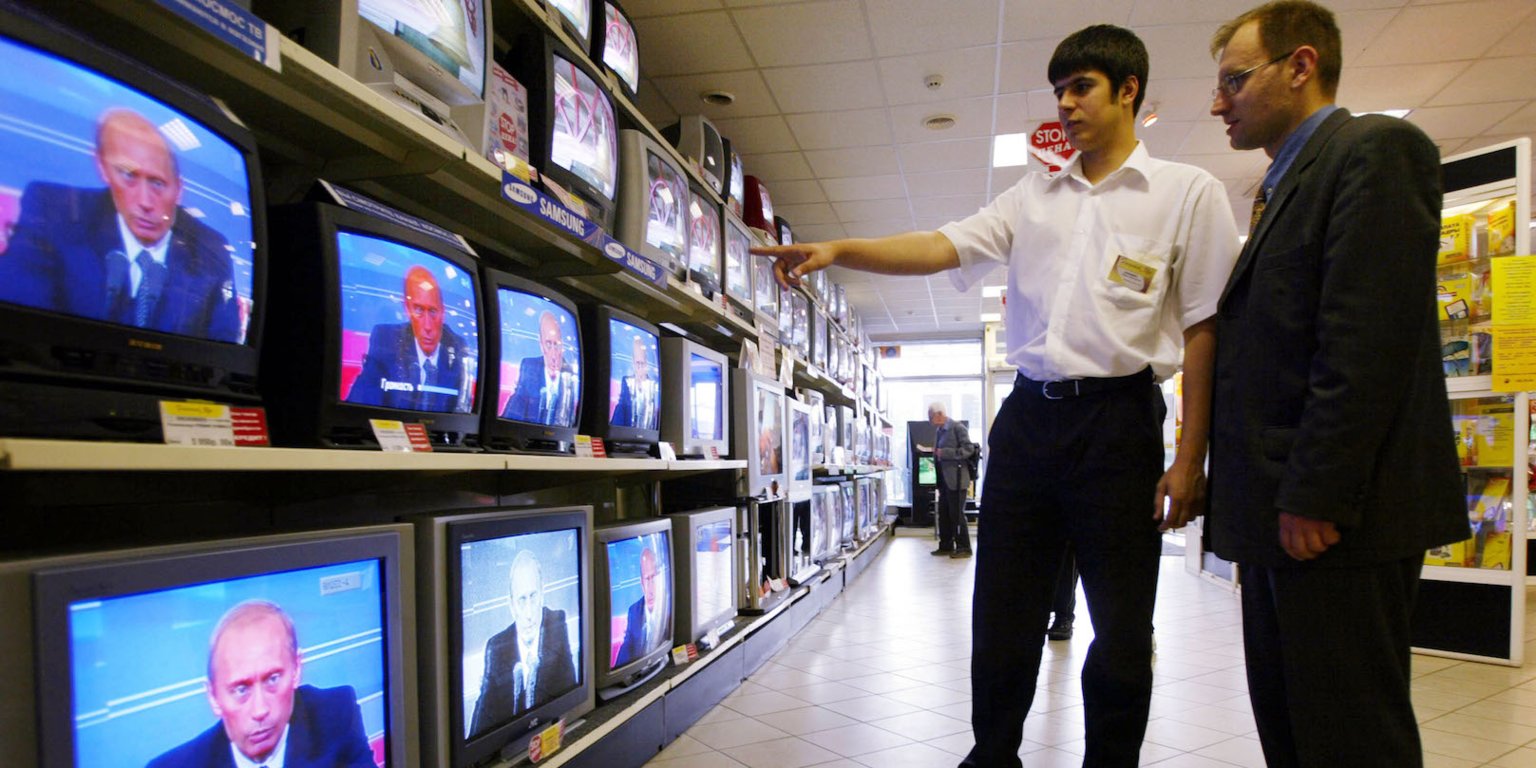 The Russian media is obsessed with the American civil war. No, not the one that erupted in 1861 over the secession of the South — the civil war that’s coming with the next US presidential election.

More than 30 articles were published in the past few days on some of the country’s most popular news sites ahead of a hotly contested congressional election in the United States next week, all suggesting that Americans might turn their many guns against each other.

“The next presidential election could lead to a definitive split in American society and a new civil war,” reported the Russian state-owned news agency RIA Novosti. The agency’s website is the second most widely read news site in Russia, according to data from Rambler.Ru.

“In Harvard they’re predicting war within the United States,” read a headline on Gazeta.ru, another popular Russian news site.

“It allows the Kremlin to argue that Western democracy is something to be feared.” AP The source for these articles? An opinion piece published jointly in the Boston Globe and the UK’s Sunday Times late last month by the historian and conservative commentator Niall Ferguson, a senior fellow at Stanford University’s Hoover Institution. (Ferguson taught previously at Harvard.)

In the article, Ferguson explores some arguments made by other historians about political polarization and violence in the United States. He refers to a “cultural civil war” being waged on social media. But while the divisions in the country are troubling, he concludes, civil war is not imminent.

“The evidence suggests that the extreme right and extreme left are two noisy minorities. They would be lost without one another, but they turn everyone else off,” he wrote.

But Ferguson’s nuance, and the fact that he was writing an opinion piece, were largely absent from the Russian media accounts.

While it’s not clear how so many Russian news sites decided to amplify the one article, stories that seek to undermine faith in Western democracy among Russian audiences are a staple of the Russian media, much of which is state-controlled.

“It suits the Kremlin’s narrative to portray US democracy as dysfunctional and failing,” said Ben Nimmo, the information defense fellow at the Atlantic Council’s Digital Forensic Research Lab.

“Lately it’s especially popular, because it’s a distraction for Putin as people are struggling there.” REUTERS/RIA Novosti/Mikhail Klimentyev/Kremlin “It allows the Kremlin to argue that Western democracy is something to be feared, not emulated, and it allows it to point to the US as weak,” he said.

The idea that the United States is drifting toward civil war is recurring theme in the Russian media, according to Julia Davis, the founder of the website Russian Media Monitor and a featured expert at the Atlantic Council’s Disinformation Portal.

“Lately it’s especially popular, because it’s a distraction for Putin as people are struggling there,” Davis said. President Vladimir Putin’s popularity has declined steadily since the Russian government announced plans to raise the retirement age earlier this year.

Davis said she believes that there is a remarkable degree of coordination taking place among Russian news outlets.

SEE ALSO: I’m a war historian and I’m seeing troubling parallels between what caused Lebanon’s civil war and what’s happening in the US now

A US indictment unsealed last month against a woman alleged to have been the chief accountant of “Project Lakhta,” a multimillion-dollar operation to interfere in the US midterm elections, revealed how Russian plotters gave operatives instructions and talking points on disseminating an Infowars article on social media.

In the article, conservative radio host Michael Savage warned that Americans would “resort to mob violence” if President Donald Trump were removed from office.

Ferguson, the author of the recent opinion piece that caught Russian media’s eye, told Foreign Policy that he does not believe that the United States is on the brink of civil war and that his article sought to “referee” other arguments put forward elsewhere by his colleagues.

“It’s entirely unsurprising that the Russian media will try to sex it up into a piece about civil war in the United States because there’s nothing Vladimir Putin would like more,” he said.

“These stories that I would label as disinformation not only have kernels of truth, but they are true and exploit real fissures in our society.”Lintao Zhang/Pool/Getty ImagesCoverage of Ferguson’s article in the Russian media highlights the challenge of contending with information that is distorted to the point of inaccuracy but is not explicitly fake.

“They prefer to take them from the Western media because it gives it a veil of legitimacy, and then they blow it up,” said Davis of the Russian Media Monitor.

Nina Jankowicz, a global fellow at the Kennan Institute, said that she observed a similar approach in the disinformation spread during the 2016 US presidential campaign.

“These stories that I would label as disinformation not only have kernels of truth, but they are true and exploit real fissures in our society,”Jankowicz said.

“It’s not just about fake news. And I think that’s what makes it so difficult for consumers to grapple with. You need time and context to really parse that,” she added.